What is The Game Changers on Netflix All About?

The Game Changers (2018) is a pro- vegan documentary currently distributed on Netflix which looks into the relationship between the foods we eat and our performance across both strength and edurance.

The documentary favours a plant based diet as optimum for athletic performance and day-to-day wellbeing and has therefore thrown much of the literature into question surrounding meat and its role in strength-building.

In addition, Wilks introduces the viewers to scientists and specialists who promote the vegan diet for reasons ranging from diabetes protection, enhanced cardiovascular endurance to even erectile dysfunction.

Online search trends in relation to The Game Changers include the word "debunked", which illustrates the extent to which this investigative documentary challenged current ideas surrounding health and fitness and the role of diet.

Not only does this promote veganism and therefore threaten the long-upheld image the meat industry has associated with strength, but it fundamentally challenged the idea of meat and dairy being part of any healthy balanced diet - particularly if performance is important to an individual.

While The Game Changers does highlight the severe issues related to meat-based diets it does also touch on some of the inhibiting, perhaps unhealthy, aspects of dairy products.

This Netflix documentary definitely takes an evidence-based, pro- vegan (or plant-based) stance rather than vegetarian in focusing primarily on the impact a plant-only diet can have on athletic performance and day-to-day wellbeing.

Reminding the audience that all protein comes from plants and that animals are only capable of containing any protein because they themselves ate plants, they suggest we 'cut out the middle man'.

This is a great reason for which many environmentalists adopt a vegan diet. It takes a great deal more soy products to raise generations of animals to feed people when compared to those people just eating the soy itself. This is a lot more efficient as no animal is needed to be fattened up through consumption over years first.

A brief scientific breakdown of the components that accompany protein from plant-based or vegan sources and animal-based sources found strong arguments to suggest dysbiosis*, inflammation, and several chronic western diseases are associated with inflammatory compounds - such as heme iron - found in animal-based sources.

*Dysbiosis is an imbalanced gut microbiome associated with pathogenic, disease-causing properties as opposed to health-promoting. The microbiome is the world of bacteria, fungi and other microscopic organisms that reside in our gut - primarily in the large bowel.

Caldwell Esselstyn Jr., MD, founder of the Heart Disease Reversal Program at the Cleveland Clinic, adds to the list of evidence-based improvements we can make to our health through nutritional considerations, before medical, including dealing with conditions of the heart.

This is precisely why the stance of The Game Changers is vegan.

One of the most impressive revelations in this documentary comes from a blood test in which the results are shown on screen - but not as text-based test results...

They took the blood of three NFL players and placed them into a fast-spinning machine which separated the different parts of the blood using centrifugal force.

After passing through the machine you are left with clearly separated blood cells towards the lower half of the test tube and blood plasma - the liquid - towards the top.

It is this liquid plasma that was of most interest regarding the blood test 'scene' as what was made most obvious was the clarity or cloudiness of this plasma and its relation to the types of foods we eat.

The players within a short time after consuming meat found their blood plasma thick and opaque with dense fats. After a plant-based meal however the story was quite the opposite.

Even with fats from the avocado in their dinners, just removing meat resulted in clear healthy blood plasma with no visible dense fatty acids.

A later test looked into how even our last meal can interfere with sexual health, erectile dysfunction and even the size and strength of an erection.

The documentary saw three sports players put on meat based and then vegan diets to compare frequency, size and strength of erections throughout the night.

All three volunteers, laughing in shock, saw more frequent, larger and stronger erections after ditching meat even just after their last meal.

Clearer arteries, dilated vessels and improved blood flow - as illustrated by the previously mentioned blood tests - can all contribute to this.

The Game Changers and Heme Iron

According to the documentary, "Heme iron is so potentially damaging that just eating one more milligram per day is associated with a 27% increase in risk of coronary heart disease. To put that in perspective, a single hamburger patty can contain two milligrams of heme iron or more."

Heme iron was mentioned throughout The Game Changers as a cause for multiple inflammatory health conditions and the dysbiosis mentioned previously.

They make clear that this cannot be beneficial to sports performance and, alongside the knowledge that you do not need meat to get protein, the arguments for meat were running thin.

With all of these long-established nutritional recommendations surrounding animal products, how much of this new information was reliable?

Is The Game Changers Factual?

Before we get into any ideas of bias, we must first understand the meaning.

The Netflix documentary definitely took a stance and did not promote BOTH animal-rich diets and plant-based but instead solely vegan diets.

To take a stance, have an opinion, and to even present an entire documentary from one side does not mean it is biased. This is because bias comes from some conflict of interest or self-interest that is causing the one-sidedness.

While I understand a lot of the meat industries lies have been forefronted by this documentary, I also understand that a great deal of the scientific evidence is limited and relatively new.

There was a strong scientific basis for the majority of the documentary's remarks and the use of medical professionals and experts alongside anecdotal evidence from vegan athletes casts a light on how powerful nutrition really can be.

All of this said, there is unfortunately an element of bias at play.

Many of the shows executive producers have investments in plant-based meat alternatives.

For example, James Cameron and his wife are both producers of The Game Changers and have invested $140 million in plant-based proteins.

Throughout the show we follow world-record holding strongman Patrik Baboumian on his mission to achieve the heaviest weight ever lifted - all while eatiing a plant-only vegan diet.

An extremely powerful weightlifter, swollen with muscle, entirely fueled by plants makes any arguments suggesting meat, or for that matter eggs, are in any way necessary to be strong fall to the floor.

As one of the strongest men in the world, he is helping so many people to recognise the potential of a vegan diet for strength-buildng when followed appropriately.

With heart disease associated with high animal-product consumption and a sedentary lifestyle it is changes to the world's attitudes to the importance of plant foods within nutrition that can make such a huge improvement in health expenditure and hopefully a reduction in the likelihood of these events as backed up by several medical professionals.

What is The Game Changers Diet?

"Plant-based eating can make a big difference in how you perform, look, and feel, but as with most positive lifestyle changes, preparation is half the battle."

This is according to The Game Changers website which now allows you to check out meal plans. If you are interested in getting started with plant-based/vegan and would like help with transitioning or a meal plan, you can get in touch here.

The diet focuses on predominantly plants (i.e. nothing with a face nor a mother) as our food sources.

There is plenty of evidence to suggest our natural diet would have been more plant-based than animal-based as we lack any physiological adaptations towards the digestion of meat but have many systems throughout our body that are associated with plant digestion, which is simply not true for carnivores.

Supplementing B12 is essential to anyone, vegan or not vegan. Meat eaters can only get it from animals because animals are now mostly supplemented. This is due to changes in our soil through over-farming that has lead to the destruction of cyanobacteria associated with producing cobalamin (B12) in the soil which would naturally make its way onto our plants.

Other than that the diet is simply whole foods, balanced and vegan as often as possible.

Arnold Schwarzenegger in The Game Changers

To illustrate just how media has influenced opinion regarding meat and its presence in a healthy, strength-building diet Arnold Schwarzenegger shares his experience.

As a bodybuilder who for many years swore by meat and would mock vegetarians for their supposed lack of strength has now come full circle and follows a vegan diet.

Schwarzenegger has not lost his muscles and continues to train even today and now promotes the vegan diet for bodybuilding.

He makes a clear point in comparing the lobbying, funding, and advertising on part of the meat/dairy industries and the tobacco industry which famously featured athletes to promote cigarettes as healthy and thus sway public opinion via mass media.

Schwarzenegger likened this to the sports professionals in advertising used to promote animal-derived products, which continues even today.

What the Health vs Game Changers

Another popular search query online that has crept up since the release of The Game Changers on Netflix... the true answer is both if you ask me!

Both documentaries explore diet and its role within human health and performance and favour plant based. I would argue however that The Game Changers is perhaps more commercial than scientific when compared with What the Health.

If you are here for health, then WTH is a great starting point if you are new! Fitness fanatics would benefit from following The Game Changers advice.

In addition we have James Cameron and his wife, as well as Arnold Schwarzenneger as mentioned before.

A lean team of plant-based pioneers and athletes!

Finished The Game Changers and ready to hit up Netflix for your next vegan documentary? Here are some suggestions to keep you going... 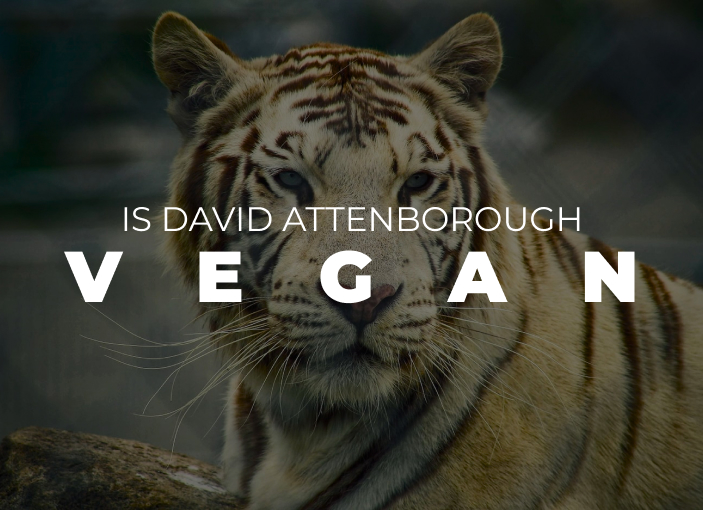 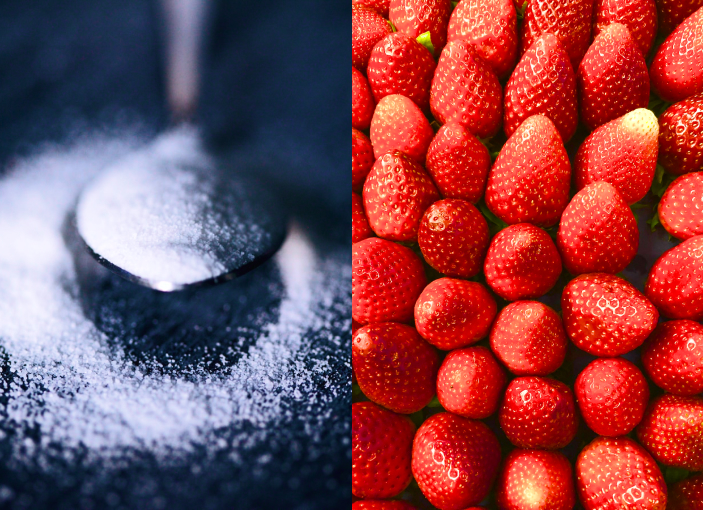